Trak.in – Trak.in is a popular Indian Business, Technology, Mobile & Startup blog featuring trending News, views and analytical take on Technology, Business, Finance, Telecom, Mobile, startups & Social Media Space
Increasing automation seems to be a new threat for nearly 69 percent of jobs in India with its relatively young workforce, when the country is all set to add 160 million new workers over the next 20 years, as per a latest report on Monday.
So far, the country needs to focus on reaching a working population of 1.1 billion by 2040, which will be job creation to accommodate new workers entering the workforce, as mentioned by the Forrester’s ‘Future Of Jobs Forecast’.
The principal forecast analyst at Forrester, Michael O’Grady said, “India’s workforce is young, with an average age of 38, and its working population will grow by 160 million over the next 20 years,”.
He said that India’s labor force participation rate, which measures the share of the working-age population currently working, has dropped to just 41 percent.
Moreover, the working populations in the five largest economies from Asia Pacific including India, China, South Korea, Australia, and Japan are more at risk due to physical robot automation than Europe and North America.
Nearly 63 million jobs are expected to be lost to automation by 2040.
Also, more than 247 million jobs are expected to be in jeopardy across industries that are more susceptible to automation, such as construction and agriculture, the report mentioned.
O’Grady noted, “To prepare for the changes brought on by automation, the five largest economies in APAC will have to radically rethink their workforce strategies,”.
“While each economy faces its own challenges, common focus areas such as hiring more female workers can help offset working population declines. In addition, investing in STEM education, technology workforce training, and protecting the rights of freelance workers will become of utmost importance,” he added.
By 2040, India, China, South Korea, Australia, and Japan will create 28.5 million new jobs in renewable energy, green buildings, smart cities and smart infrastructure, and professional services.

Despite the creation of new jobs in areas such as the green economy and information and communications technology (ICT) industries, almost 13.7 million jobs in the region will be lost to automation across wholesale, retail, transport, accommodation, and leisure sectors.

Prev Post
These 5 Startups Will Amplify Rakshabandhan Celebrations For You!
Next Post
Govt Employees Oppose Privatization Of Power Distribution: But Govt Wants To Push Electricity Amendment Bill
6.6 Lakh Direct, Indirect Jobs At 6600 Mega Food Parks; 16 More Mega Food Parks…
TCS, Infosys & Other IT Firms Can Fire 30 Lakh Employees Due To Rise In…
Karnataka Govt Will Create 10 Lakh New IT Jobs In Bengaluru & Entire State: How…
Automation Bites Cognizant, TCS As Marriott, IHG Reduce Outsourcing Business Due To…
15,000+ Axis Bank Employees Have Resigned Due To Work Pressure, Automation
This Indian City Offers Highest Package For IT Employees; These Skills Command…
Comments are closed, but trackbacks and pingbacks are open.
Trakin Tech Network
6, Vivek Building, Sadashiv Peth,
Pune, Maharashtra 411030
Subscribe our newsletter to stay updated.
Welcome, Login to your account.
Recover your password.
A password will be e-mailed to you. 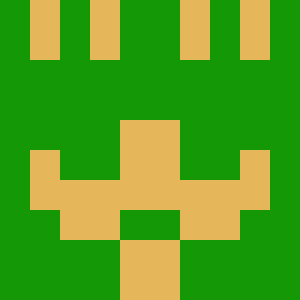 R.I.P. true friend of India Dominique Lapierre, you will be missed – Daijiworld.com